“I understand and I’m sorry. Is there anything you can do to help me?”

“Let me see. Wait here.” And he brisked inside.

A short while later, the slightly-stout, immensely spirited, 35ish, Japanese guy came out with a volunteer and asked, “We left this beautiful girl here. Any more buses that we have?”

I felt extremely touched, mostly by his gesture than by the adjective. “Well yes, beautiful if you say so and if that remotely works in my favour”, I murmured.

At the behest of the conference seeing tourism ministers and tourism – inclined individuals from across the world, there were special security buses plying to various tourist destinations in and around Siem Reap. Assuming families would get bored when the ‘delegate’ was lending his ears to the immensely intellectual discussions at the conference, UNWTO had organised fixed departure buses to show them around. However, with no UN employed boyfriend or family member to brag about, I had gone there in my personal capacity as a travel-esque individual hoping to learn or gain some insight into this immensely captivating world of places and people.

On account of simultaneous tours, buses had a pamphlet mentioning the spot to where they would ply, on the outside. Much to my amazement, my Jap (the possessive adjective after what he did) went to one of the other buses with a good 10 enthusiastic, young bunch of nicely clad men and women and said, “This bus is not going to where you want to go”, thereby tearing the pamphlet immediately. “Get in!”, he commanded, looking at me. Woahhh! I was amazed. I could barely understand what had happened. I tried putting up a poker face as the ones inside got down, treating me with much abhorrence. I stood there, much like a hapless nymph, pretending that I wasn’t the cause of it all.

Wasn’t that the most flattering thing some random stranger did for me? A mere mortal, I suddenly felt like a demi-goddess.

I had an entire bus to myself with a security car before and a bike behind, taking me to Angkor Wat and Ta-Prohm. It even meant that I could venture into parts of the temples where tourists were otherwise not allowed. I felt ecstatic and guilty at the same time. More the former.

It is times like these that make travelling solo so much more exciting. Sometimes you don’t really know the reason behind a random act of kindness, but it surely affirms your faith in embracing the unknown. 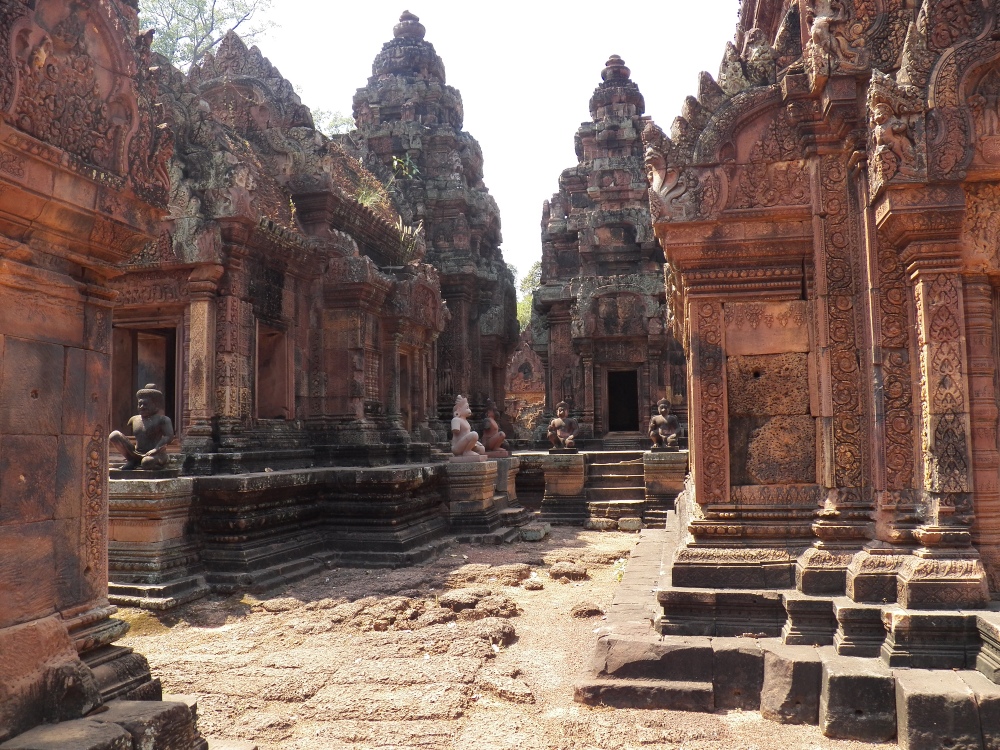